Everyone has different physical abilities and reasons for study. These must be respected. True Aiki is the proper and flexible application of technique appropriate to any changing situation. It is your responsibility to cause no injury to your training partner or yourself

It is the moral responsibility of each student never to use Aikido technique to harm another person or as a way to display his or her ego. It is a tool to develop a better society through the character development of the individual.

There will be no power struggles within the dojo. The dojo membership is one family and the secret of Aikido is harmony.”

Aikido and the Harmony of Nature / Mitsugi Saotome\

Aikido is a Japanese martial art invented and developed at the beginning of the XXth century by Morihei Ueshiba \1883-1969\, who developed and synthesized Aikido from the various martial arts he studied.

Aikido is one of the most complex and sophisticated martial arts - an effective doctrine for development, integration, and harmonization of all human strength. The methods of Aikido give the opportunity for development and perfection of individual's physical, mental and spiritual values.

Aikido is a means of reconciliation, of protection, of self-improvement, not a means of gaining physical and technical superiority over other human beings. This is a way of life and self-development, not a way to achieve life goals with attack and aggression.

Aikido means a method or path (DO) for coordination and harmony (AI) of mental energy (KI). Therefore, the meaning of the word Aikido is: A way to achieve harmony between physical and spiritual energy.

The Japanese origin of martial arts is the source of the ideals of conservation and care for nature; for respect for others and for oneself.

Less Less View more
”
About us

1. Spreading of Aikido among a wide range of people
Aikido can be practiced in free time by anyone, without restrictions on gender, age, physique, etc.

2. Work with children and adolescents
This is one of the essential activities of the club. Children learn how to use their bodies and confidently interact with each other. In a fascinating way and through many games, they learn Aikido techniques, which helps them develop their concentration, coordination and orientation. The main goal of working with teenagers is to cope physically, mentally and emotionally with the challenges of adolescence. Through the principles, techniques and philosophy of Aikido, they acquire and improve their confidence and develop their physical and mental abilities. Aikido develops creativity and the ability to solve various life problems.

3. Training
Conducting the training activity is carried out according to the methodology of teaching, testing and assessment of Aikido Kobayashi Dojo - Japan. The original methodology was developed and implemented by Yazuo Kobayashi - Soshihan VIII Dan and was further developed by his son Hiroaki Kobayashi - Shihan VII Dan.

4. Participation in Aikido seminars and demonstrations
The participation in the theoretical and practical seminars aims to acquaint the trainees with the skills and experience of the great masters.

Aikido Kobayashi Dojo is an organization founded by Yasuo Kobayashi soshihan (principal shihan) in April 1969 in Kodaira, Tokyo.
With the ideal of spreading aikido to many, they strive to instruct aikido to many.
Also, the uchideshi (live-in training) program of the dojo fosters many aikido instructors.

Their activity is not limited in Japan: periodically dispatch instructors overseas, accept trainees from inside and outside of Japan, and arrange Musubi fund (a scholarship program for trainees from foreign countries) to support trainee financially.

In 1986, Aikido Kobayashi Dojo was awarded by Japan Budo Council at Budokan for excellency.
They were the first to be awarded as a private organization.
As of August 2003, we have about 120 affiliated and directly controlled places for training.
Kodaira dojo in the suburb of Tokyo as the center, the places for training spread in Tokyo, Saitama, Kanagawa, Chiba and more.

Aikido practices develop in us 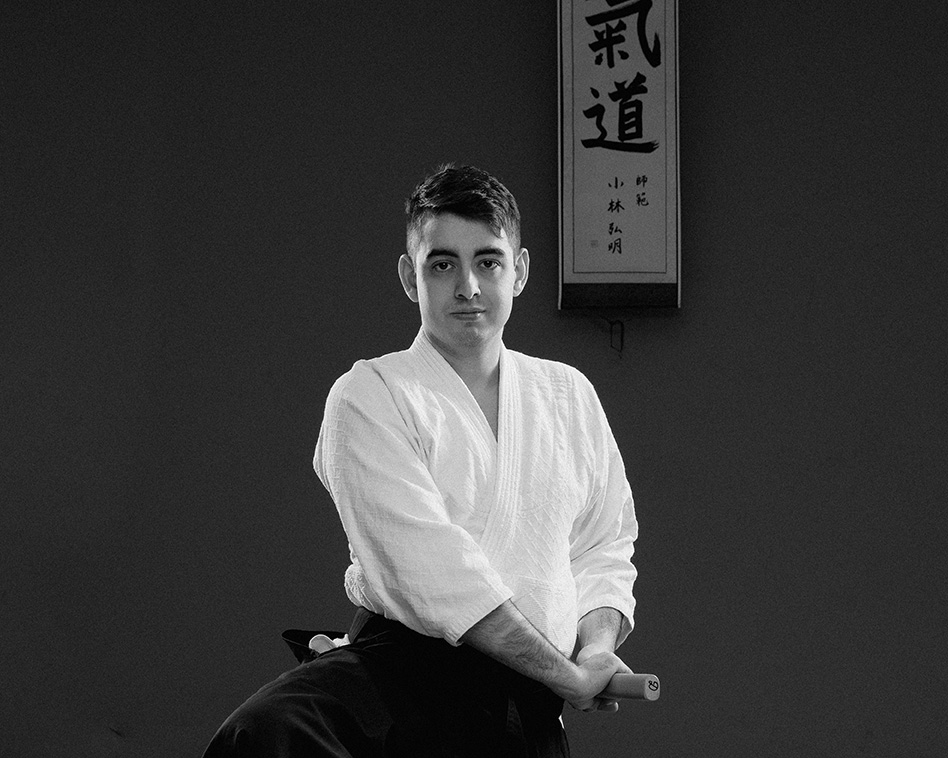 He has participated in international seminars in Japan, Hungary, Sweden, Germany and Greece. 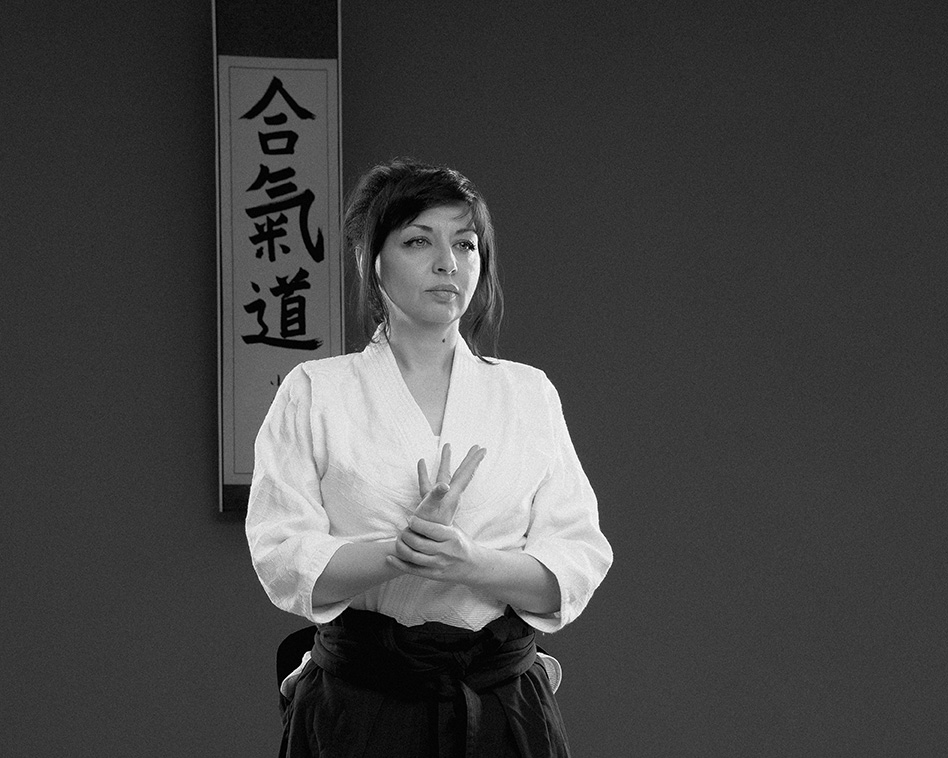 She has participated in international seminars in Japan, Hungary, Sweden, Germany. 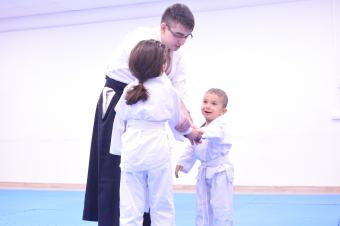 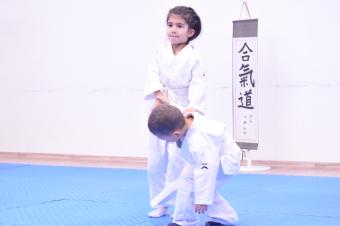 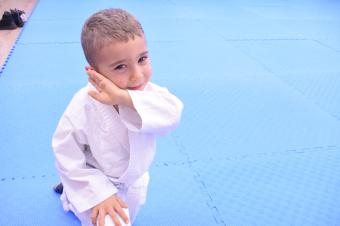 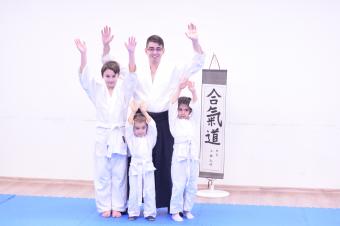 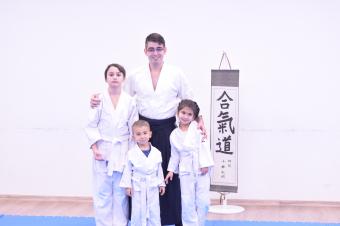 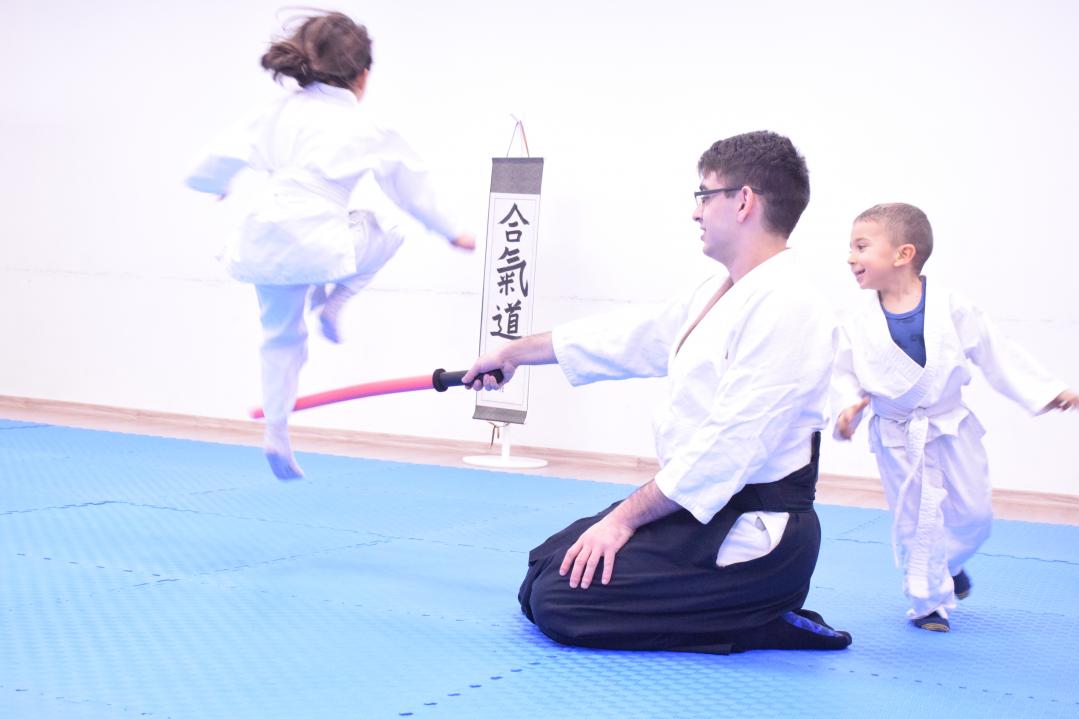 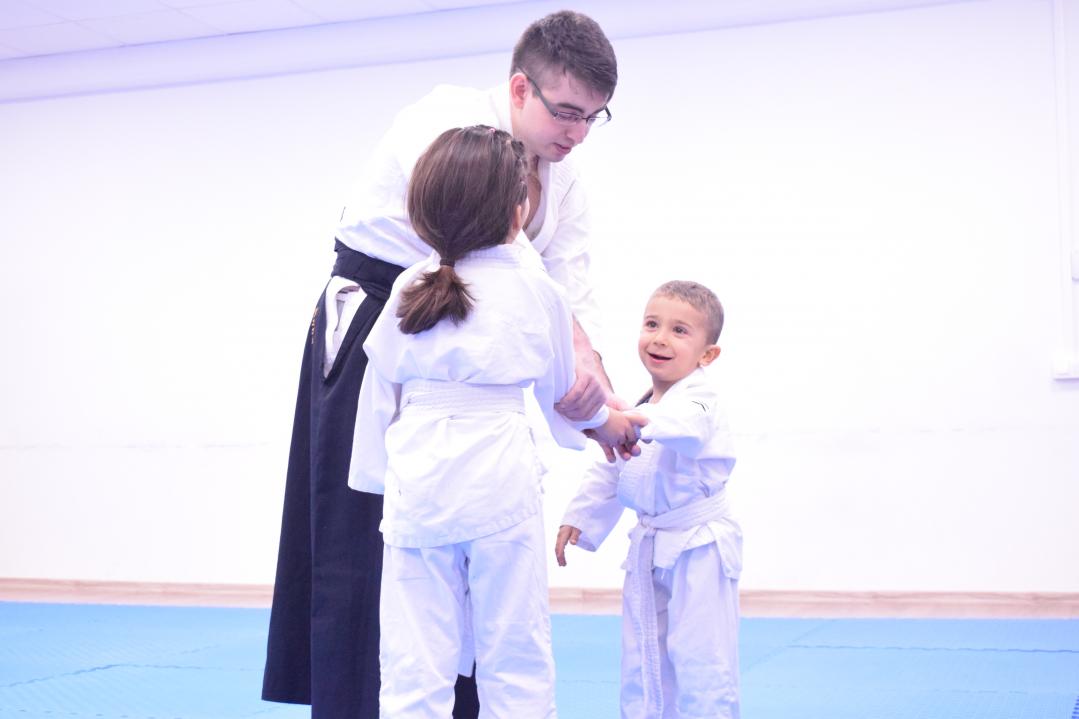 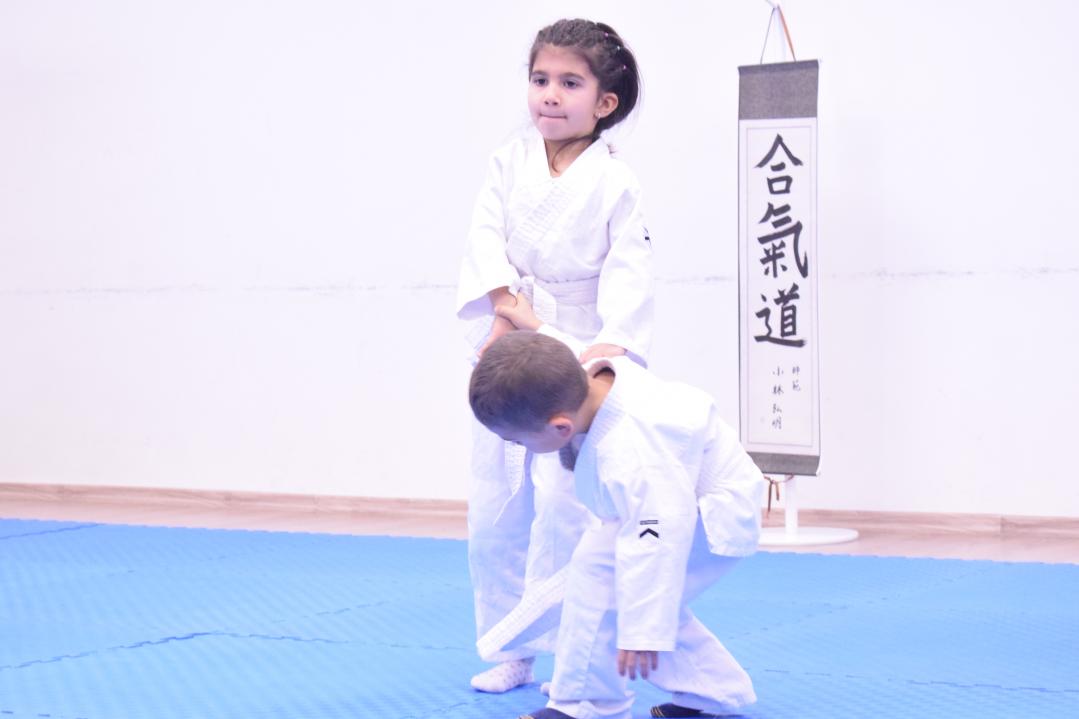 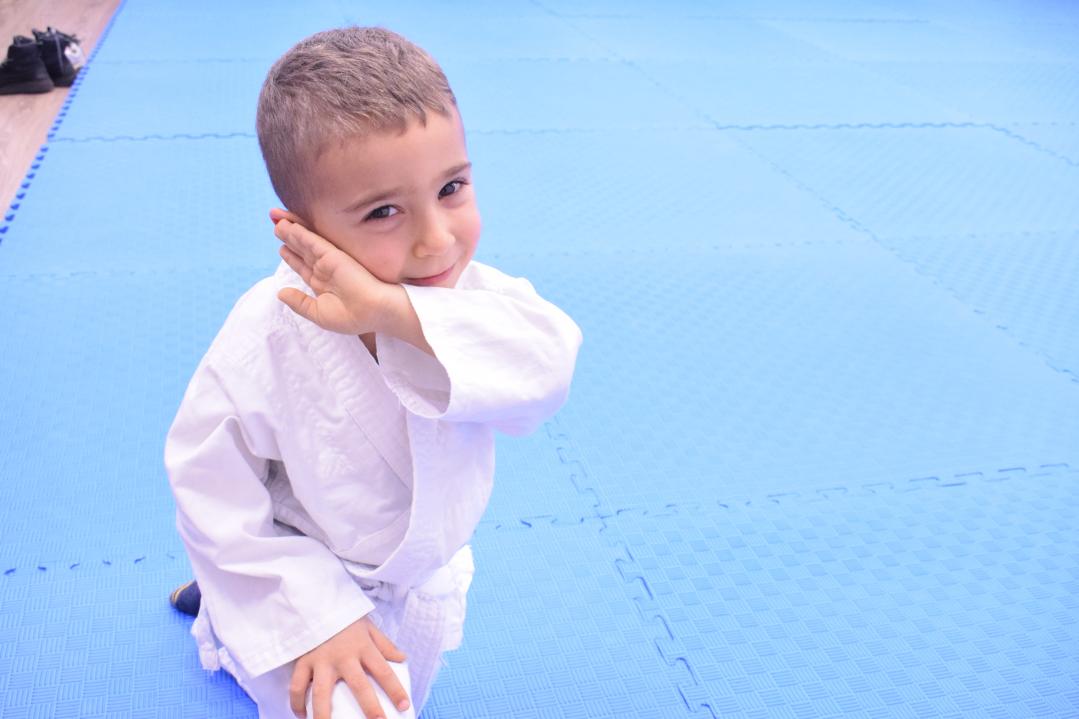 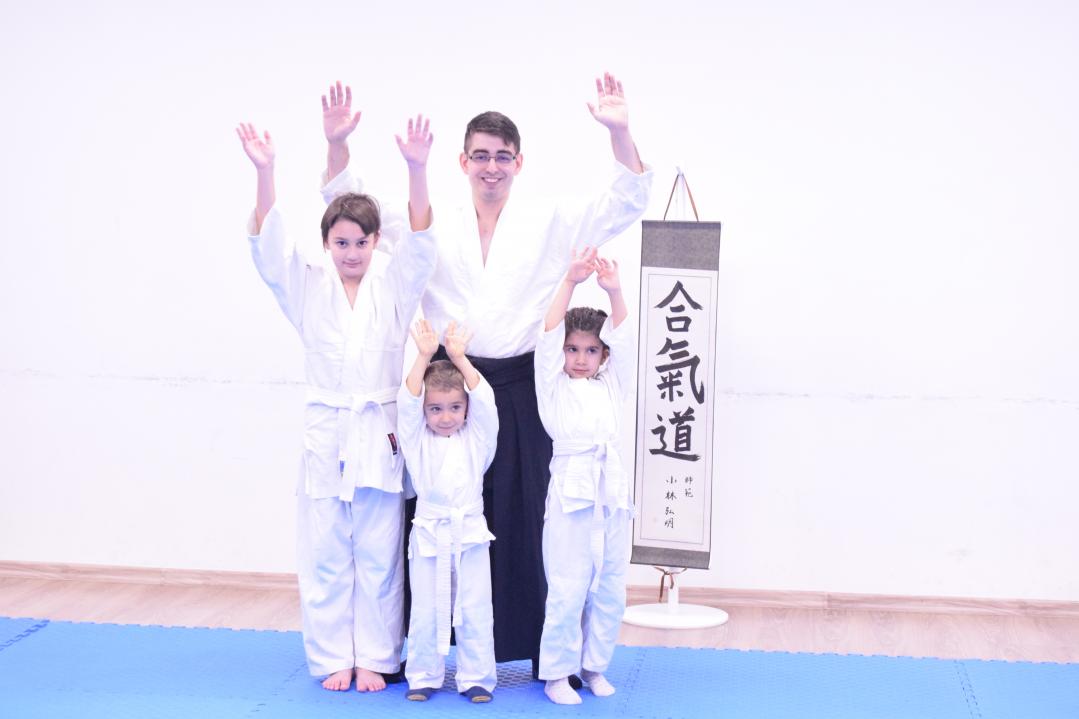 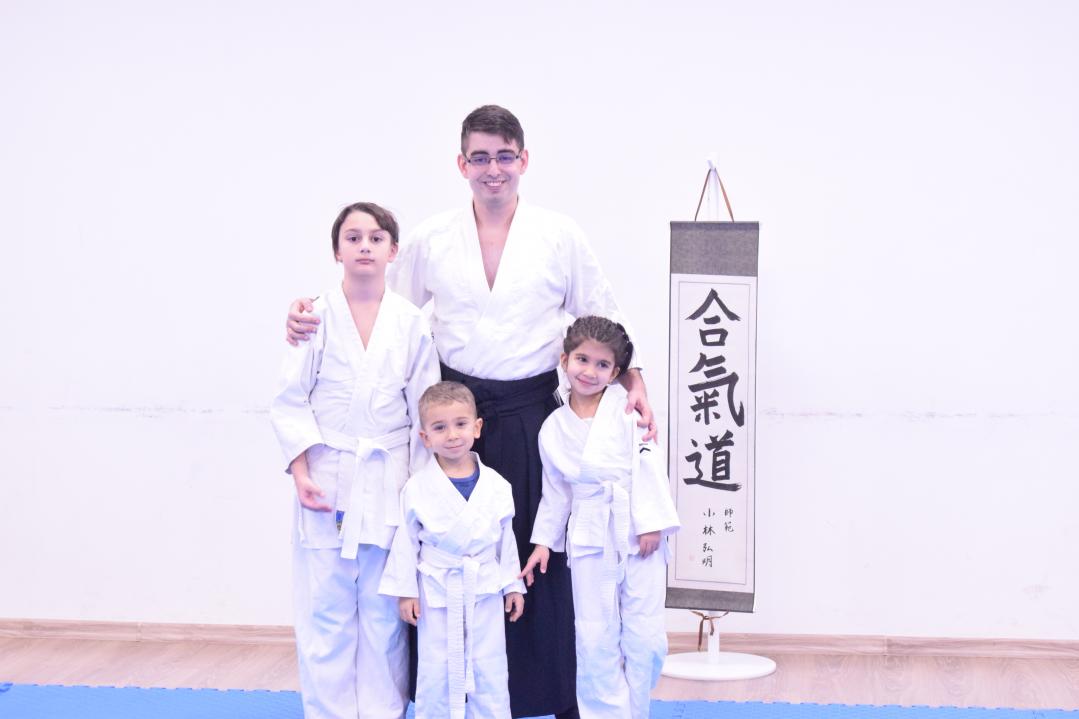